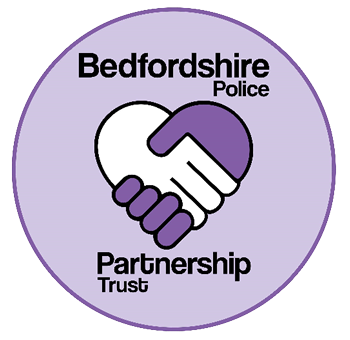 Trustees’ Week takes place in the first week of November (1st – 5th Nov 21). It is a time to recognise and value the work that trustees contribute to charities large and small.

The Bedfordshire Police Partnership Trust was launched as a Registered Charity in 1997. Over the years, it developed to the Partnership Trust we have today. In 2020, the Office of the Police and Crime Commissioner took ownership of the Charity and have supported them with the Bobby Van and a Home Security scheme for elderly and vulnerable victims of crime.

The Bobby Scheme supports elderly and vulnerable victims of crime by improving their Home Security. This is a free service, and in the last 15 years over 20,000 households have received a visit from the Scheme.

The principal aims of the Partnership Trust are:

While Trustees’ Week is a time to celebrate the invaluable role that trustees undertake, it is also an opportunity for trustees to reflect on what it means to be part of the board which is responsible for implementing good governance in the organisation.

Simon Powell, Head of Victim Care for the Office of the Police and Crime Commissioner said “I have had the pleasure of managing the Bedfordshire Police Partnership Trust since April 2020 and have formed a good relationship with the Trustees. Without the Trustees passion and drive the Trust would not be where it is now. I would like to thank all the Trustees for their continued support.”

The Partnership Trust is made up of 5 trustees. The trustees have overall control of the charity and are responsible for making sure it’s doing what it was set up to do. Trustees are the people who lead the charity and decide how it is run.

Being a trustee means making decisions that will impact on people’s lives. Our trustees make a difference to your local community.

Trustees use their skills and experience to support the charity, helping them achieve their aims. Trustees also often learn new skills during their time on the board.

1. Ensure your charity is carrying out its purposes for the public benefit

2. Comply with your charity’s governing document and the law

3. Act in your charity’s best interests

5. Act with reasonable care and skill

6. Ensure your charity is accountable

To become a trustee, you must:

You must not act as a trustee if you are disqualified unless authorised to do so by a waiver from the Commission. The reasons for disqualification are shown in the disqualifying reasons table and include:

If you are interested in becoming a trustee for The Bedfordshire Police Partnership Trust, please email simon.powell2@beds.police.uk