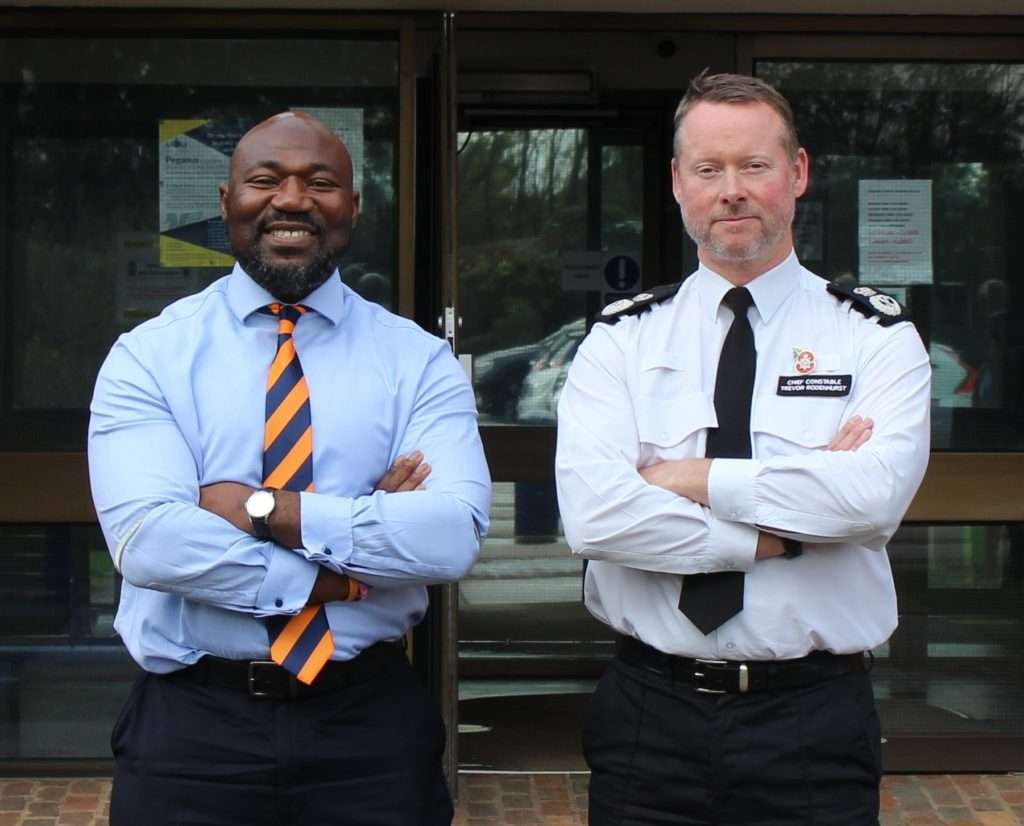 Mr Rodenhurst has been subject to a rigorous selection process to test his suitability for the role, carried out in line with the College of Policing’s guidance, and overseen by an experienced Independent Panel Advisor.

The selection process included assessments by both internal and external stakeholder groups, an in-depth psychometric assessment undertaken by the College of Policing, and a detailed panel interview and presentation.

The final interview panel was chaired by Mr Akinbusoye, with Hina Shafi (former Deputy Chair of the Bedfordshire Police Community Scrutiny Panel), Andy Marsh (Chief Constable and Chief Executive of the College of Policing), Gurch Randhawa (Professor of Diversity in Public Health and Director, Institute for Health Research at University of Bedfordshire), and Carolyn Dhanraj (Independent Panel Advisor). The appointment will now be subject to a confirmation hearing by the Police and Crime Panel, which will take place on 12 December 2022.

Mr Rodenhurst has served with Bedfordshire Police since being appointed Deputy Chief Constable in 2019. He began his career with Hertfordshire Constabulary in 1994 and has been serving as Acting Chief Constable since September following the announcement that current chief constable Garry Forsyth was set to retire.

Mr Akinbusoye said: “I am very pleased to announce Trevor Rodenhurst as my preferred candidate for the role of Bedfordshire’s Chief Constable.  My office has ensured that the selection process was extremely thorough and put Trevor through his paces.

“I was particularly heartened by the feedback from the two stakeholder groups who described Trevor as calm under pressure, courageous in his decision making, a good listener and very values centred. My own observation of his performance at interview was of a commensurate strategic leader with a firm grip of the challenges that we face in policing and the criminal justice system.

“Since being elected last year, I have had the pleasure of working with Trevor, and I know that he has the drive and the passion to take Bedfordshire Police, and the collaborative functions he will have oversight of, into an exciting new era of innovation and continued improvement. I have every confidence that under Trevor’s leadership Bedfordshire Police will go from strength to strength.”

Mr Rodenhurst said:  “It is an enormous privilege to be offered the opportunity to lead the police staff, officers and volunteers who make up Bedfordshire Police.

“If I am confirmed in post next month, my focus will be on continuing the fantastic foundations that have been laid here in Bedfordshire, to strengthen the trust and confidence that local people have in their police, support our incredible teams that take criminals off the streets, and work with the Commissioner and our partners to navigate the challenging financial times ahead for all public services.”

Please note: Interviews will not take place until after the appointment has been confirmed by the Police and Crime Panel.