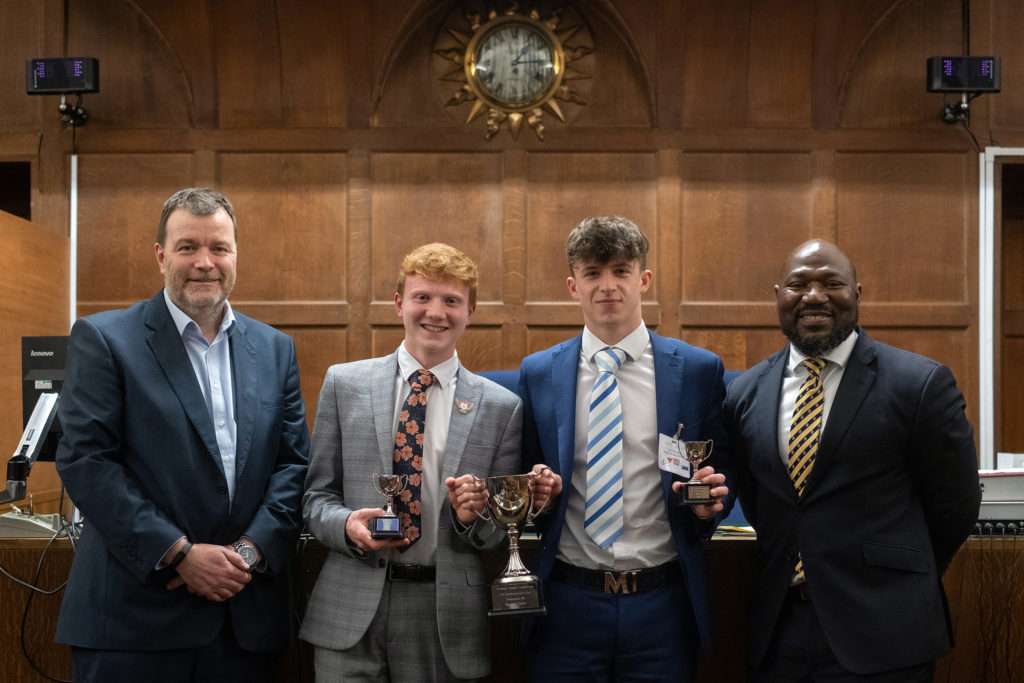 Bedfordshire pupils will have the chance to test their debating skills at Westminster as Bedfordshire’s Police and Crime Commissioner, Festus Akinbusoye, launches his second annual Schools’ Debating Competition.

The finalists of this year’s competition will compete in the prestigious Grand Committee Room at the Houses of Parliament in front of an impressive judging panel.

Semi-finals will take place later that month at Bedfordshire Police Headquarters, before the debate final in Westminster on 7 December.

Mr Akinbusoye said: “A key passion of mine as police and crime commissioner is to provide opportunities and support for young people across our county.

“Taking part in these parliamentary-style debates will give our young people invaluable life skills and confidence, testing their public speaking and analytical skills as well as their ability to make an argument.

“Last year’s inaugural competition was a really inspiring experience, and I am thrilled we have been able to further enhance this year’s competition by hosting the final at the home of our parliamentary democracy.”

The judging panel for this year’s final is set to include the High Sheriff of Bedfordshire Lady Jane Clifford and Chief Crown Prosecutor Jaswant Narwal.

Each team will consist of two pupils from the same school, aged between 15 and 18 years old. They will be required to debate views they may not necessarily agree with, within a fixed time period.

Judging is entirely impartial, while marks are awarded for debating skills and style, as well as the substance of the argument.

The contests for Luton, Bedford and Central Bedfordshire schools are due to take place on 7, 8 and 9 November respectively.

The semi-finals will take place on 22 November ahead of December’s final.