Bedfordshire Police Chief Constable Garry Forsyth has announced he is stepping down from his role after five years with the force. 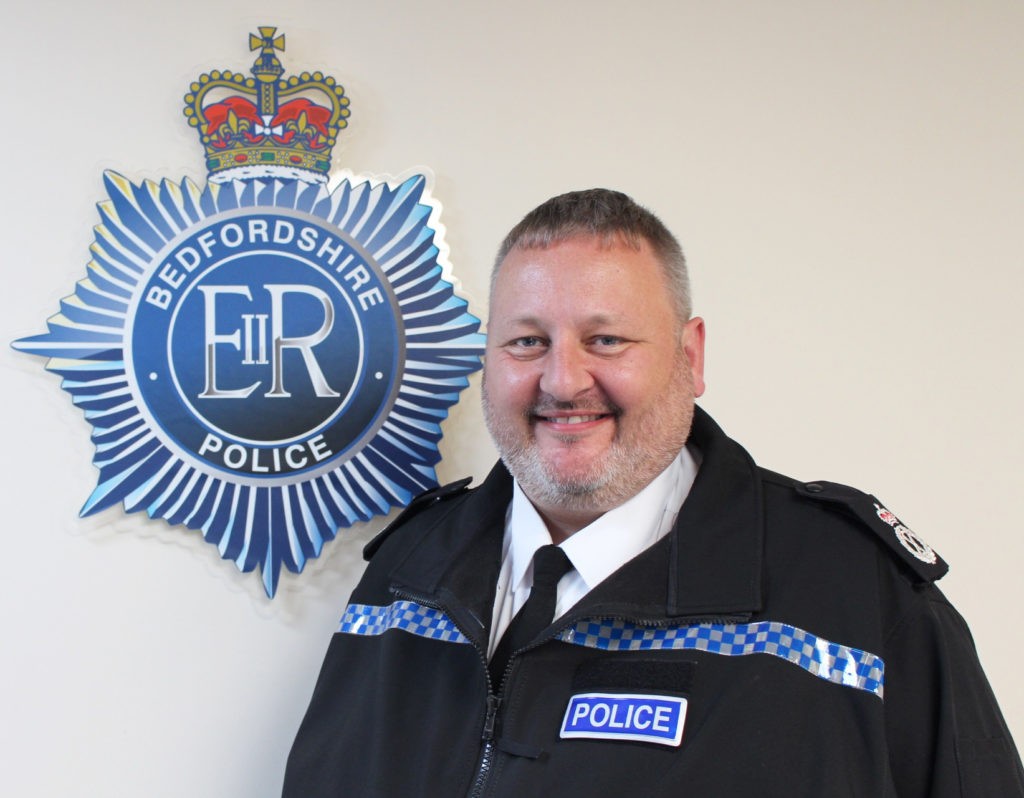 Bedfordshire Police Chief Constable Garry Forsyth has announced he is stepping down from his role after five years with the force.

He has 28 years’ service with policing across a number of forces including West Midlands Police and the Met and joined Bedfordshire as Deputy Chief Constable in 2017, becoming Chief two years later.

Mr Forsyth has helped turn Bedfordshire Police around to become recognised as one of the country’s leading forces across a range of specialisms.

Earlier this year the force was graded ‘Outstanding’ for managing offenders in an inspection by Her Majesty’s Inspectorate of Constabularies and Fire and Rescue Services (HMICFRS). He is also the national lead for Race, Religion and Belief and has played a key role in driving forward the Police Race Action Plan.

Mr Forsyth said: “It has been an absolute honour to lead this force and I’m privileged to have had the opportunity to work with so many brilliant people, both within Bedfordshire Police and across the county, including partners and blue light services but also our incredible communities.

“I’m proud at what we have achieved since I arrived in force in 2017. We have moved this organisation to an incredible place, recently receiving a positive HMICFRS inspection report which included becoming the first force in the country to be rated ‘outstanding’ at managing offenders.

“Forces are coming to Bedfordshire from all over the country to see what we are doing and how we are doing it. I’m delighted our officers and staff are getting the recognition they so richly deserve.”

Mr Forsyth’s last day in force will be in September, with a formal selection process for his successor to be set out by Police and Crime Commissioner Festus Akinbusoye.

Mr Akinbusoye said: “On behalf of all communities in Bedfordshire I would like to thank Chief Constable Garry Forsyth for his dedicated and steadfast commitment to keeping people safe.

“Since taking the helm here at Bedfordshire Police, Garry has provided exceptional leadership that has taken the force into a new era of high performance and the latest outstanding HMICFRS inspection report is testament to this.

“The co-ordinated response to the COVID-19 public health emergency that swept the county presented unprecedented challenges for policing. It was met with the kind of leadership from Garry and his team that is the epitome of public service and enabled our communities to navigate through the most challenging period our country has experienced for more than a generation.

“That multi-agency teamwork and partnership approach to solving complex and seemingly unsolvable problems is what makes leaders like Garry truly inspiring.

“Garry leaves a legacy that sets Bedfordshire Police on a positive path. Despite its historic funding challenges, he has helped steer the force from being rated as ‘Inadequate’ just five years ago, to being rated ‘Good’ overall, and most recently as one of the best performing police forces overall by Her Majesty’s Inspectorate. This did not happen by accident, and I thank him for his relentless focus on moving the force forward.

“As Police and Crime Commissioner, appointing a new Chief Constable is one of the most important parts of my role, and I look forward to commencing that recruitment process. In the meantime, I wish Garry a long and happy retirement when he leaves us later this year. I thank his family for their sacrifices and support during his time as our Chief Constable.”