Email the Office of the Police and Crime Commissioner 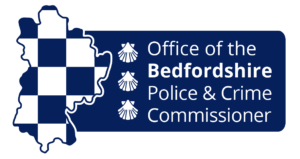 It marks the longest funding settlement yet for the county’s Violence and Exploitation Reduction Unit (VERU), which had been awarded year-on-year funding for its three years of operation so far.

In a further boost for efforts to tackle violent crime in Bedfordshire, local police have also been awarded £521,000 of government funding next year to run targeted patrols in areas with the highest levels of violent incidents in the county.

Established in 2019, by Head of the VERU, Kimberley Campbell-Lamb, with the support of Bedfordshire’s Office for the Police and Crime Commissioner (OPCC), the VERU is one of 20 violence reduction units (VRUs) across the country, but the only one to place an explicit focus on exploitation in its title.

The VERU aims to bring together partners across the county to tackle and prevent serious youth violence, criminal and sexual exploitation amongst vulnerable children and young people.

Through working partnerships within Bedfordshire Police, education, health and local government, the VERU is uniquely positioned to provide early intervention to those identified as being at risk of exploitation or harm.

An independent evaluation of the VERU published last year found people affected by violence and exploitation who had worked with the unit said the service had had a significant impact on improving the support networks around them and their families, by coordinating an effective multi-agency response for those in need.

The VERU’s trauma informed and person centred approach, as well as putting experts by experience at the frontline of its delivery model, were also highlighted by the independent evaluators.

The views of all stakeholders interviewed for the report were described as “uniformly positive”.

Lisa Robinson, Manager of Bedfordshire’s VERU, said: “It is fantastic news that today’s announcement confirms the VERU is set to be here in Bedfordshire for the longer term.

“We have made great strides in ensuring our local agencies and communities are coming together to form an alliance and tackle violence and exploitation head on – keeping our children and young people safe.

“This longer term funding will ensure this vital and effective work can not only continue, but reach even higher heights than before.

“As a unit, we have some incredibly exciting plans for the next 12 months here in Bedfordshire, and look forward to developing these the way we always have, with our partner agencies, community and young people at the centre.”

Since its inception, the VERU’s Youth Intervention Specialist (YIS) team has received almost 300 referrals into the service, offering at risk young people one to one support and mentorship, and connecting them with local projects and programmes.

As part of the unit’s approach, the VERU offers funding to local grassroots projects, ensuring that those offering much needed activities to young people have the support they need deliver.

In the last year alone, the VERU invested around £310,000 into 24 different programmes across the county, including Luton Urban Radio, Samson’s Fitness and the county’s and youth offending services.

The latest funding award is dependent on ministers approving plans submitted by the VERU, with this submission due to take place in the coming weeks.

Festus Akinbusoye, Bedfordshire’s Police and Crime Commissioner, said: “Today’s announcement is the culmination of intense lobbying of the government for a longer term, multi-year funding of Bedfordshire’s Violence and Exploitation Reduction Unit (VERU), combined with the relentless efforts of Kimberley Campbell-Lamb.

“I am thrilled that our collective effort and the impact of the VERU team in Bedfordshire have been recognised by the Home Office with the three-year funding announcement.

“With this, we will be able to plan a longer-term, evidence led, and community focused,  strategy for early intervention and diversion in Bedfordshire. The VERU’s work is crucial to the safety of our young and most vulnerable residents, and I can’t thank Kimberley and the team enough.

“I eagerly look forward to working with our statutory partners and other organisations as part of the VERU family to tackle serious youth offending, prevent exploitation, and support our communities.”

A trial of this approach in Bedfordshire showed a 25 per cent reduction in the number and severity of crimes on the days that patrols took place in these areas.

Bedfordshire Police Assistant Chief Constable, Sharn Basra, said: “In Bedfordshire we have always promoted the VERU’s approach as we acknowledge the danger exploitation poses to our children and how those intent on criminality prey on the vulnerable.

“Our strength is in our people. The VERU is unique in the fact it is comprised of people with ‘lived experience’ who reach out to our young people and ease them away from danger, whilst also working with partners and local projects to provide intervention and diversionary opportunities.

“I’m extremely grateful to the Home Office for acknowledging the challenges we face as a county, and the positive impact our activity continues to have on serious youth violence.

“This funding allows us to continue challenging those intent on causing real harm to our communities by building upon the excellent work of the VERU and continuing our high visibility policing in targeted hotspot areas.”

The Government’s evaluation of the first 18 months of VRUs across the UK showed 49,000 violent offences were prevented across England and Wales.

Crime & Policing Minister Kit Malthouse said: “The very worst part of my job is hearing from families who have lost loved ones to violence and finding out that something could have been done to prevent it.

“We must do more to reach those at risk of violence early on to break the cycle of crime. Only then will we truly level up the country and give everyone the security of a safe street and home.

“We’re throwing everything we have at this. At the heart, our pioneering violence reduction units galvanise all parts of the public sector to tackle violent crime, and this approach is really starting to work.”

News of the increased funding comes as the VERU’s latest campaign, #EndChildExploitation, draws to a close following almost three weeks of activity.

Last week, the campaign saw the unit deliver a gangs and exploitation awareness workshop to parents at Chalk Hill Academy, Luton, and host a live webinar with Rochdale child sex abuse whistle-blower, Sara Rowbotham, MBE, as they launch an innovative online support service for young people called, Is This Ok?.

Showcasing its partnership work, the VERU also hosted a Facebook live to over 180 members of the public, with officers from Bedfordshire Police and the Eastern Region Special Operations Unit, as well as funded community projects Next Generation Youth Theatre and Boxing Saves Lives. 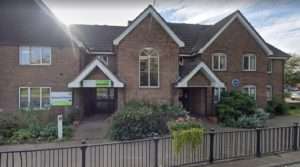 Both community and response officers from Bedfordshire Police are expected to make use of a new facility in Leighton Buzzard. The new facility at Bossard 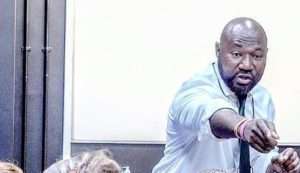 A new anti-bullying programme is being rolled out across Bedfordshire this autumn, in a new partnership aiming to tackle the issue of bullying in schools. 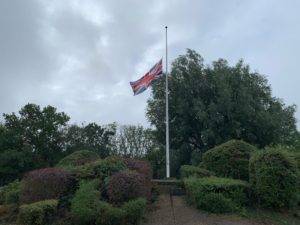 The death of Her Majesty The Queen